About Battle of the Beats:
BATTLE OF THE BEATS – THE PREMIERE Urban Music Producer Battles in the Philippines.
Sam Rhansum – Creator and Host.

WE ARE LOOKING FOR THE PHILIPPINES KING OF THE BEATS!!!! ONE ON ONE PRODUCER BATTLES…… Track to track – head to head – LIVE on stage. You MUST rock the crowd!!!!!

Go ahead and check Billboard. Urban Music is still KING. Hip-Hop, R&B, Urban Club, Dubstep, House to Urban Pop. Not just in the US but Worldwide, with multi-platinum albums and trillions of online views, “Urban” is today’s “Popular” music. The local scene here in the Philippines has artists just as talented and just as ready for this kind of exposure. But what they don’t have is a spotlight.

Our event is what is called a “Producer Battle”. It is a one on one elimination style competition using original music made by local composers. Every HIT song started with the music. We go to the creators of that music and give them an opportunity to showcase what they do before the artist takes over.

Hosted by Sam Rhansum, an Artist/Producer from Atlanta Georgia in the United States. He has produced for and has music featured with such corporations and networks as ABC, NBC, MTV and E! Channel as well as EA Games, NIKE, AND1 and Arclight Films. He co-owns Red Alert Entertainment along with local “Queen of Philippine’s Hip-Hop” artist Chill and their partner back in Atlanta, Billy Hume (who himself is a Multi-platinum producer and engineer for artists like Ludacris, Lil Jon, Nas and a host of award winning artists from multi genres) Sam says “While continuing my work for my stateside connections, I came here to the Philippines to work with local artists and the music industry. I have a passion and belief in the talent here and believe it deserves a larger spotlight.”

This is a first of its kind event for the Philippines. But one that is very successful in finding new talent back in the US with major corporations like Red Bull, Scion and Coca-Cola backing or even putting on their own “Battle” events. We want to build the urban music industry by starting at the root of the music, with the producers. Through this event, we see a healthy competition between talented music makers. 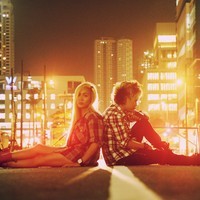 Jared Celemin and Karen Toyoshima have combined a love for DJing and music production to become a diverting force field—as a duo producer and DJ ensemble—within the Philippines Electronic Dance Music scene. They also own Edmphilippines.com

This site uses Akismet to reduce spam. Learn how your comment data is processed.